In Saudi Arabia Huroob is a word use to describe those persons who were absent from work or runaway from  Saudi Arab without informing its kafeel/sponsor. According to Jawazat law sponsor have to report passport authorities if Saudi expatriate is absent from work for long period of time or runaway from job without informing simply means person who violate this law is a Huroob person. Sponsor can easily gives absconding report(huroob) against expat’s iqama number.

Sponsor/employer bring worker in Saudi Arab and for giving him a legal status in Saudi Arab spend lot of money but if worker escaped from his job sponsor try to punish him by reporting huroob in passport office.
It is another disadvantage of Kafala system as it is an option for sponsor to abuse expat workers. Many sponsor who pay less wages to their workers blackmail them with this huroob law, some also do this to avoid expenses on workers.
In several cases if sponsor does not like any worker or not happy from his work, uses huroob to get rid of him. It is totally illlegal to abuse employ but the thing goes on as he/she is his sponsor.

If any worker report against sponsor in court for breaking labor law, in this case sponsor misuse this law to draw pressure on worker so that he step away from his report from court.

If any worker caught in Saudi Arabia who is ran away from his job and employer does not file any report against him than sponsor will be penalized with 5000 Sr to 15000 Saudi Riyal. 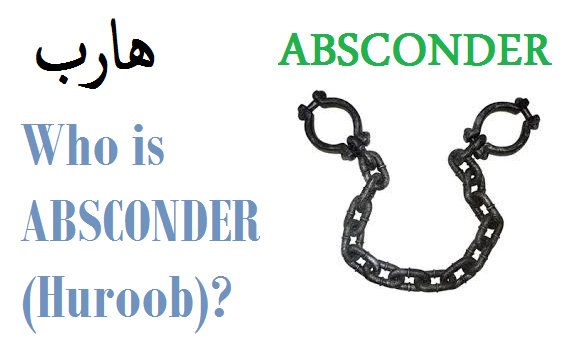 The law is law even if worker is huroob sponsor still have to pay expenses for his deportation from Saudi Arabia.

What happens if expat become huroob

– Do not stay in Kingdom of Saudi Arabia

– Other than deportation from sponsor expenses there no legal benefits

– 5 year ban from staying or entering in Saudi Arabia