Expat workers can now switch jobs from one company to another, if they furnish proof of the end of work contract or its termination .

Lt.Gen Hassan bin Mohsin Al-Shraiqi, Inspector-General of Police and Customs, issued a decision to amend some provisions of the executive regulations of the Law on the Residence of Foreigners.

Article No 1 says: “Article 24 of the executive regulations of the Law on the Residence of Foreigners is replaced by the following text:

“It is permissible for a foreigner to transfer from one employer to another, provided the employer has a licence to recruit workers, on condition that they provide proof of the end of work contract or termination of it. They must also provide evidence of the approval of the competent government authority on allowing the signed contract with the second employer and it must be in accordance with the controls set by the competent authority.” 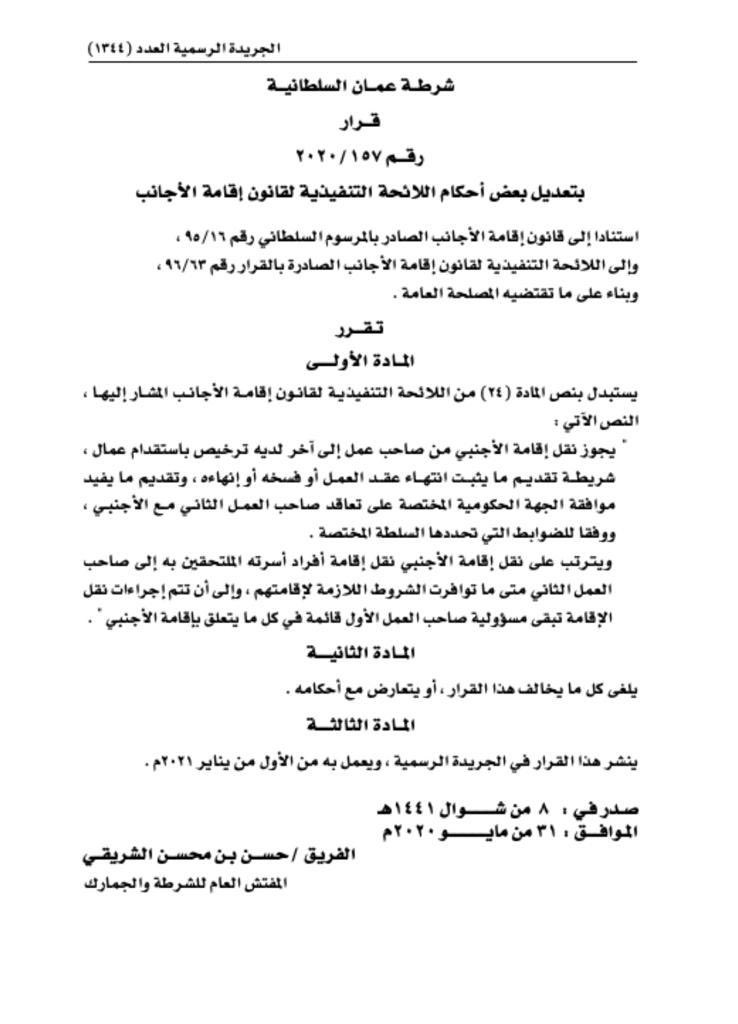 The decision added that until the procedures for transferring the residence are completed, the responsibility of the first employer remains with regards to everything related to the residence of the expats.
Source Times of Oman