There was a time before the green revolution food security is big issue, there are far less cases of obesity, heart diseases and diabetes only due to the lack of sufficient food but that time food are free from any artificial fertilizers.

With the green revolution farmers able to grow more food even on the desert countries, even livestock industries also flourishes. But there are number of reasons that still large number of people were still hungry, one of the reason is food wasting. 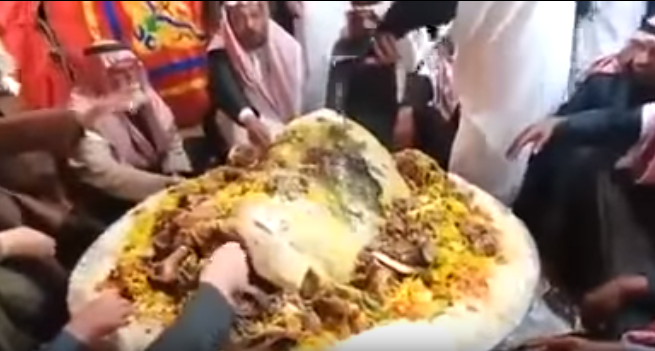 In Saudi Arabia, Arabs usually eat in groups and there is less chance that any food item will be left, but with the huge money to spend, Arab now in order to maintain their traditions start to cook more food only to show others. If you ever visit  marriage of rich Arab you would understand how much food is going to waste.

According o Food & Agriculture Organization of Rome Saudi Arabians wastes nearly 427 tonnes of food or 8 million meals no daily basis, having worth of 70 million riyals. Local residents or Households throw 90% food in garbage.

If you collect all this food that it is enough to feed the whole population of Riyadh which has more the 6.5 Million people living in it. The culture of making more food just to show the people how generous we are is totally wrong.

Saudi Ministry of Labor and Social Development associated organization planning to save more than 2 million food and give it to needy people.