At Annual MENA tax Conference held at St. Regis, Dubai on March 16, GCC countries government officials confirmed and announced new Value Added TAX that will starts from the starting of Year of 2018. This MENA Tax conference held to make updates in existing Tax systems and what steps take by companies to impose these tax. As a member of GCC countries, Saudi Arabia, Bahrain, Kuwait, Oman, Qatar and United Arab Emirates will implement VAT after completion of two year deadline.

According to Saudi gazette, In Saudi Budget 2017 it is suggested that a 5 percent VAT(value added Tax) will start from the year 2018 but there is no change in prices.

Council of Ministers approved the cooperative agreement for Value Added tax and other taxes such as SIN tax in GCC countries.

From 2018 other GCC countries are also expected to implement Value Added Tax. 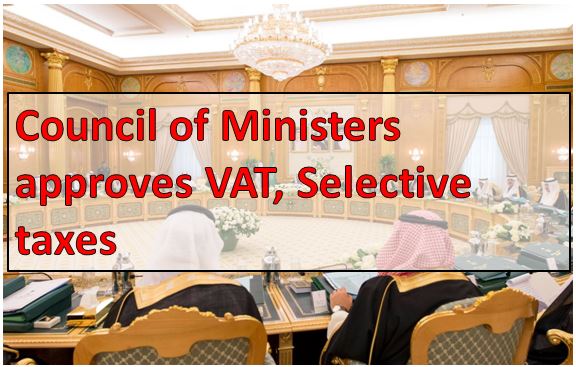 MENA Indirect Tax Leader, Finbarr Sexton, said that VAT is introduce to reduce the reliance on Oil revenue and get revenue from other resources using VAT tax this will diversify the economy hence government will be able to increase their expenditures. These revenue is collected for development of education, healthcare, creating jobs for locals in GCC. Those who don’t applied this VAT tac on business may face extra cost in the shape of severe penalties. We must negotiate with business in order to implement VAT correctly.

So first of All where is Saudis stands in this VAT tax This agreement was signed by GCC members states and all member slowly start making the system of implementation of this New tax. GCC countries implement 5% VAT tax. VAT tax seems easy to implement versus sales tax according to experts.

All GCC member including Saudi Arabia implement VAT of 5 percent within time period of two years, the tax is not imposed on Education Sector, Social Services, Health CARE, and other daily use food items. Wheat and Staple food is not included in VAT tax. Final approval for VAT is still in Process.

As per Finance Minister of Saudi Arabia, Ibrahim Akasaaf  this tax is till one of the lowest VAT tax in the world. Also wealth tax and income tax end after this and replaced by VAT tax. These taxes are well source of alternative income it can also reduce the budget deficits it can also reduce damage cause by low oil prices.

Sin tax is term mainly used for those products which were consider dangerous to human health and give negative impact on society this includes Alcohol which is haram in Islam, Tobacco, Soft Drinks, Fast Foods, Gambling etc.

Effects of VAT on Expats/Workers:

So what were its effects on expats and citizens even this Tax is not yet implemented expats workers living in GCC countries thinking of high prices on products. As i stated above most of food items almost 94 items as well as education heath care social service were exempted from this TAX but still taxes are taxes they always  effects on working class or low income persons only those who were rich may don’t feel anything.