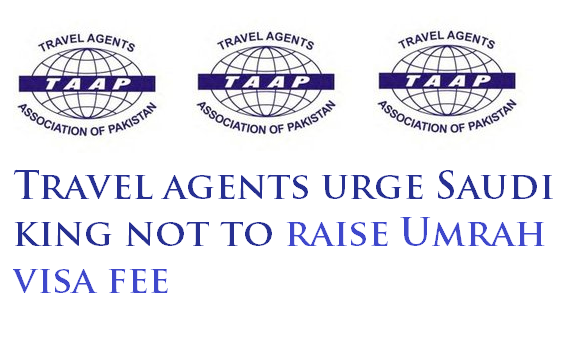 Travel Agents Association of Pakistan A group which represent the whole travel agents of Pakistan has appealed Custodian of Two Holy Mosques King Salman Bin Abdul Aziz Al Saud to review the hike in visa fees of Umrah.  The Second time Umrah fee and second time hajj fee is now increases to sr 2000 which is equal to 60,000 PKR during the start of hijri year 1438. Association said that Pakistan consists of Second largest population of Muslims in The world almost 1 million Pakistanis travel to Saudi Arabia to Perform Umrah, the visa fee hike mostly impact on Pakistanis Pilgrims.

TAAP stated that this revise Umrah fee is only for second time haj/umrah performer means that those performing 1st time umrah or hajj may exempted for this visa fee but for those who want to perfom Umrah second time must have to Pay Saudi Riyal 2000 visa fee.