Kuwaiti Member of parliament who is leading the campaign to lower down the population of expat workers in the country, proposes 1 year delay to issue driving license to foreigners. The MP named MP Safa Al Hashem said that this will to be continued until authorities find solution about current traffic congestion and completes road projects. Only family drivers should allowed to drive.

To coup up with  forgeries or abuses of licenses it is must be tied up with work permits of  expats.

In the proposal lawmaker suggests limit the number of car registration to only one for expats.

According to Kuwaiti Laws the proposal should be discussed and after quality debate in parliament to become approved by the government for law. 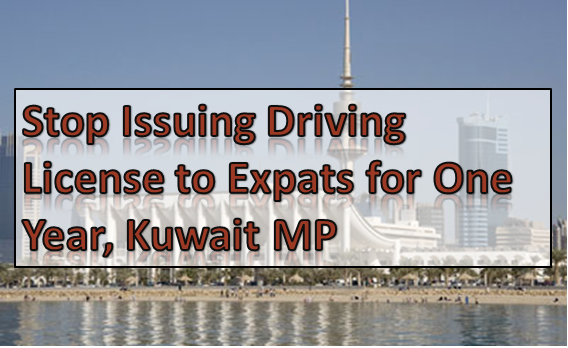 Who is Al Hashem:

Al Hashem is a Female member in Kuwaiti Parliament, and it is the only 1 woman member in rest of 50 members. She is push many proposals to restrict the growing population of expats in Kuwait.

She proposes taxes, remittance tax, and medical expense increase for expats. His proposal were welcomed by parliament but in general public these were strongly opposed.

Kuwait has one of the highest concentration of expat population against their own citizen in the Gulf around 70 percent.