Recently after end of amnesty Scheme Saudi GDP General Directorate of Passports announced a new set of Fines to those Expatriates who were working independently but doing their own business or covering others business. The fine maximum is Saudi Riyals 50,000, deportation from Saudi arabia, and jail.

The fines will be imposed periodically for the first time SAR 10,000 deportation.

From March 2017 a campaign called “A NATION WITHOUT VIOLATORS” to start awareness on  Violations of Residence and work permits. Many illegal expats can easily fly off from Saudi Arabia Clean and clear without fines and huroob. After that they can came back on new visa to get a job in Saudi Arabia. 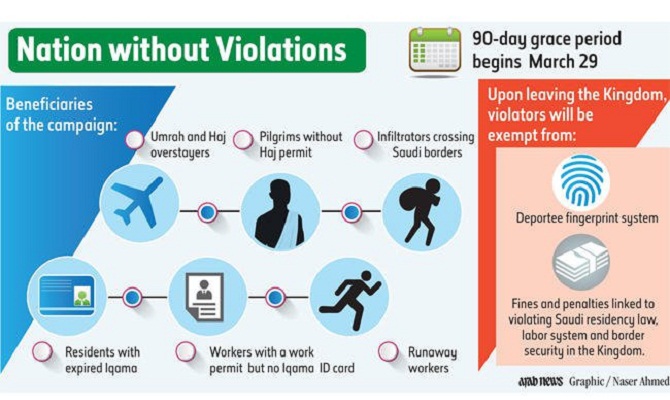