There are already huge Bans were imposed by other airlines of world on Samsung Note 7 now in Saudi Arabia Saudia Airlines also put ban on using of this particular samsung model called Note 7. This device is severely become dangerous after several fire catching event were reported in US. US Federal Aviation Administration’s Warned against this device so Saudia Airlines also mention this in a circular of this warning provided to its all sectors.

In some country this device is totally ban to carry during flight and other put restriction and ask his passengers not to turn on and charge this mobile during flight. If you have this device you may ask by Airport police to turn it off.

Saudia make a special wing for the safety of cabin crew and passengers during flight. The cabin crew may also be told about this device and ask him not to carry this device.

According Ministry of Trade and Investment 6,186 Galaxy note 7 came in to kingdom. The ministry directed all mobile retailers and stores to give back these mobile to company and retrieve money back. 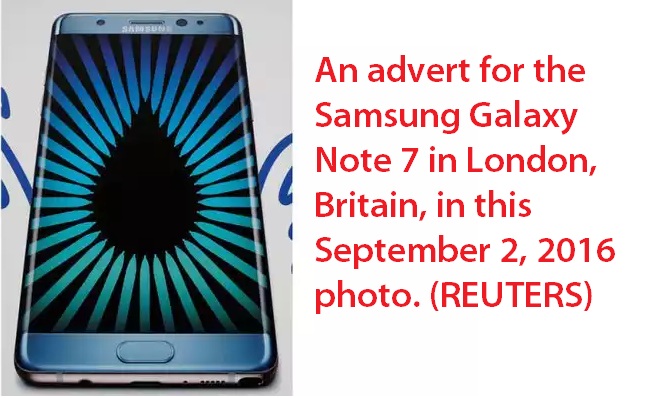 Almost 2.5 million devices were either sold or still kept in stores according to samsung. South Korean company offer their customers to exchange this device with any other samsung device or to get your cash back.