Cars when become old, they require maintenance if we don’t give them maintenance they start to look like junk externally and internally become unfit. Old cars usually not environment friendly and generate more air pollution as well as due to old technology old cars consume more fuel. Usually many countries around the world persons who really cares about their old car make them not only look nice but also modify them in order to make them just like new. But if the car is look like junk and unfit than in developed countries they were taken down by government authorities. That is the reason that most of unfit cars than exported to least develop countries where their market is still high. 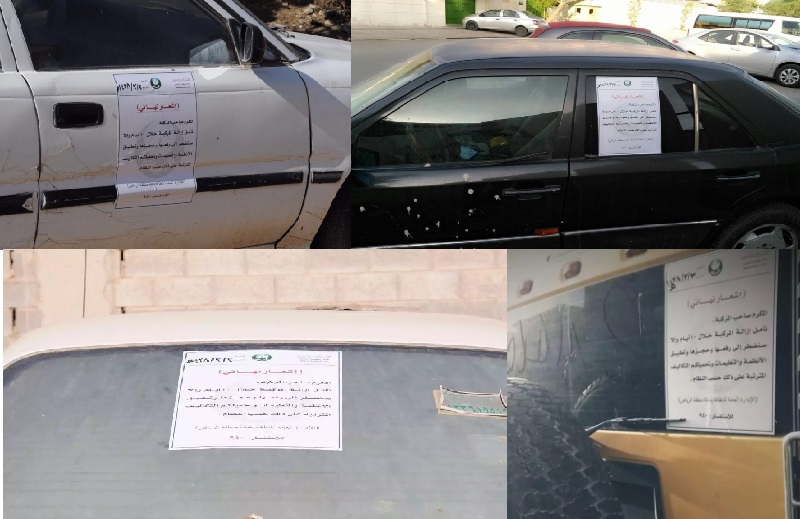 In Saudi Arabia cars were regularly checked and if they were unfit than these cars were not allowed to run on roads. Recently Riyadh municipality demanded the owners of stalled and neglected vehicles to remove them from street within 10 days. People still keep these cars and park them on streets whenever authorities noticed these types of car if owner was not available than they put warning on that cars.

Riyadh municipality warned paper showed that in case these vehicles don’t noticed by owner than vehicles will be towed and permanently seized from running on roads.