Released yesterday (Monday) four royal decrees towards the rationalization of government spending, which included reducing the salary of the ministers and other same ranks(20%), and rewards for the Shura Council (15%), and the annual subsidy payable to ministers for the purposes of housing and furniture reduced to(15%), 15% reduction of the amount paid to them, which includes the value of the car, which provides for the member and the required leadership, maintenance and fuel during the specified term of four years.

Also in this  decree king Salman announced military commands participants including those in the military actions in southern limit of the kingdom, and the participants in the military and intelligence and security operations outside the home will exempted from the decision of the Council of Ministers.
It was also decided to stop auto insurance for senior state officials to the end of the financial year (1438/1439 e), and Any minister  and in his equl rank- or the equivalent – Have to bear the cost of mobile phone bill and landline provided by state.

These changes starts from new Hijri year, which falls on Oct. 1. 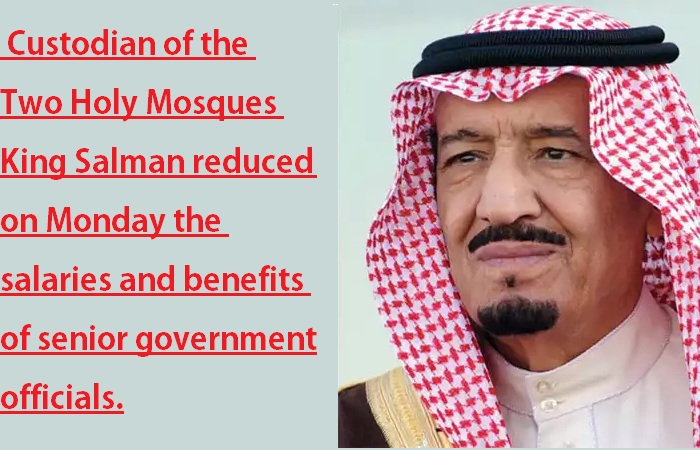