Many expatriates shocked when Fifty Seven percent of Residents in Oman don’t want the removal of NOC, according to Online Voting commenced by Implementation Support & Follow-up Unit of Sultanate of Oman.

At ending days of month of Ramadan Government launched an online voting session on Twitter Account At that time many people might not aware of that polling the voting continues until its ending days, expatriates living in Oman also get update of the polling on ending days.

NOC is major point of interest for many expatriates who want to change job but require NOC, in case the leave kingdom without getting NOC and want to come back again for new job the can’t do it until they cross the two year long ban.

Government usually shows interest to remove it but many Omani Business owners didn’t see removal NOC on their interest, on the same time government want to secure the right of their own citizens also. To get clear view who is supporting to remove NOC and who is not, Implementation Support and Follow-Up Unit (ISFU)  setup this poll.

To facilitate the citizens and expatriates the polls launched online in Arabic and English language, Asking people to vote against or in favour of NOC.

The poll ends on July 30 and the results were follows 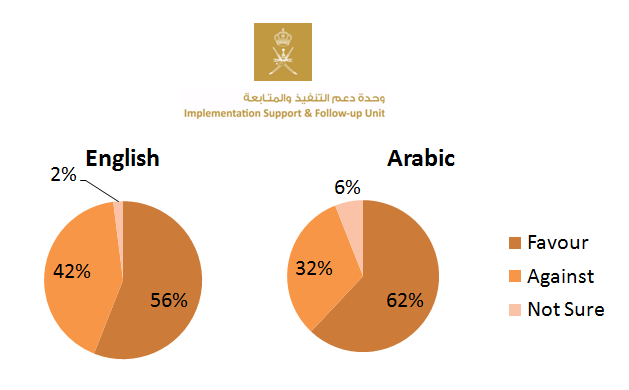 Its seems that Arabic Poll is a turning point as most of Omani citizens are Arabic Speaking, they vote in favour of NOC rule. 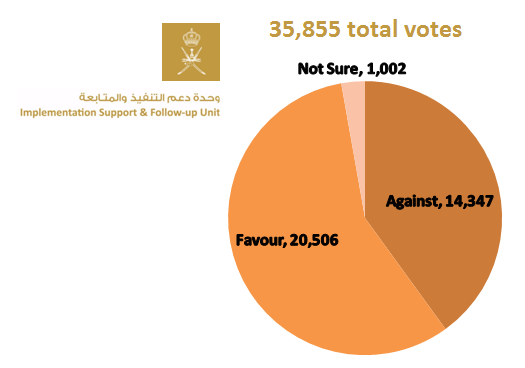 Which show that almost 57 percent were in favour of NOC regulations while 32 percent wants NOC to remove.

Arabic poll receive 400 comments debating on solutions of NOC, while many expatriates shows up at english poll which receive 2.1 thousand comments.

According to our own view the Omani nationals are more seriously participate in this poll and hence vote more than expatriates obviously expats don’t want this rule which bars them to change job and come back again in oman if expats from all around Oman become one unit and given the vote than definitely the result might be different.

The other element is awareness many Expats in Oman still don’t know about this polling but what happens now as the poll is over.