Economic Situation currently hit by low prices in Gulf, now coming to Kuwait in the form of proposal to impose taxes on already poor expat workers. There are huge speculations in Social Media that Kuwait might imposing heavy taxes on remittances, a hard earned money of expat worker which they send in their home country to keep the life ongoing.

But according to various sources it is not seems to be announced instead many financial expert gives warning that remittance tax will show negative impacts on economic activity. 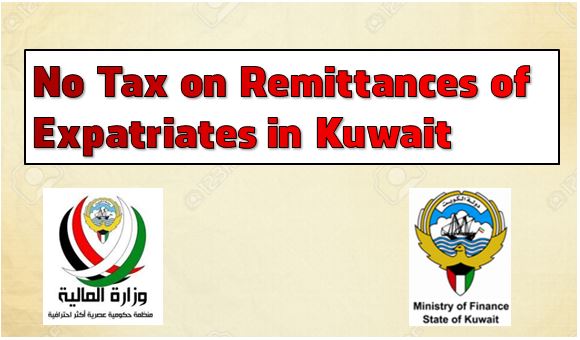 Lawmakers and several MPs in Kuwait proposes this measure will tackle up the constant fall in Government revenues according to these proposals KD 100 to KD 500 salary owners have to pay 4 percent tax while more that 500KD have to pay 5 percent. These are only proposal not implemented yet.

But Financial expert said that it will just reduce and lower down the confidence of investors as this will rise up the cost to hire cheap laborers while no such revenues will be generated.

Talal Bahman VC of  Exchange Association instead of imposing tax we have to create more job for Kuwaitis which will generate revenue also we have to boost our exports and domestic production.

These type proposals are against the Global laws and Kuwaitis concept for gives rights to every person equally whether  it is Expat or its own citizen.

Encourage expats to spend money within Kuwait don’t let them to send back if they don’t required to do so, attract more foreign investors. This will increase investment and beneficial for Kuwaiti citizens as well as everyone else.

Moreover sending money don’t have only one way, there are many illegal ways that will be used by expatriates to send money hence further loss of revenues while reduces currency value. It is now cleared that after analyzing of these taxes there is not chance that it would be implemented.