Well habitual people do this kind of act on daily basis while driving, sitting or just any other place. This thing is actually ethically not correct for many cultures. According to Wikipedia this thing medically called rhinotillexis. If any person doing this action in-front of you than this looks really weird. Lot of people are not only have habit of just putting finger in nose but also ingest the mucus from it. On Wikipedia Friedrich Bischinger lung specialist said the thing has positive effects on their body as this will boost ones immune system but on other hand medically it is not considered as any useful for our body which is lot more true. 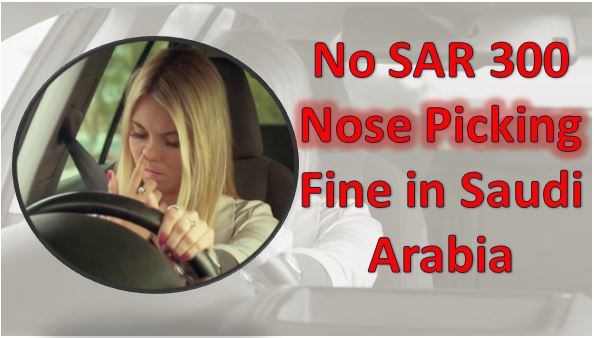 Ok but our main point of interest is that on Social Media many persons residing in Saudi Arabia telling that nose picking in Saudi Arabia while driving is a violation of law and fine will be imposed on violators but according to list of Traffic Violations of Saudi Muroor there is no fine for that violation which means that all the thing is just a fake or coincidence.

See the Traffic Violations List Given by Riyadh Traffic Department 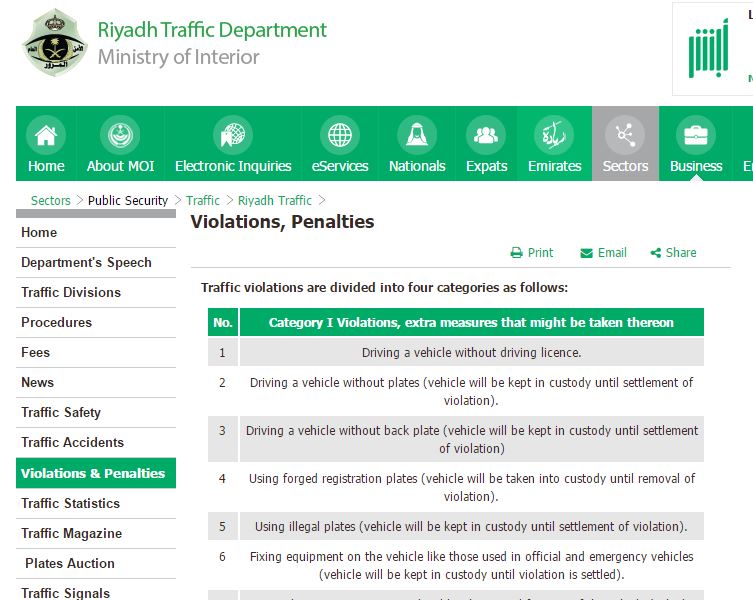 People in Social media give us a screenshot of that violation which send to anybody via sms but the case is totally a single case also the resolution of that image is totally blurred and there is no source was  given on that image. Which also make that image a fake one, i don’t know whether it is true or not but in real this looks totally uncertain.

Think of a nose picking guy, if a habitual person does nose picking while driving he does it all the time, which means it is difficult for him to drive the vehicle and if it is really a violation than for whole time the habitual guy get sms of violation due to seher cameras. Nonsense just.

Think of normal guy who does nose picking due to anything struck in his nose it is natural, we inhale air from environment even in car if anything from air struck in to your nose and Police officer is just few feet away from your car than you wait or not, think! you didn’t wait as we are human and we constantly inhale oxygen and in order to do this we must have clean nose. One another thing Those persons who performs prayer for five time a day have totally clean nose due to Wazu and we put watery finger in our nose in order to remove tougher waste.

But the habit is really bad and everyone must avoid especially during driving as it lesser your concentration while driving and increase the chance of accidents. At least must do wazu daily in morning to get rid of this problem.

Must comment your queries anything else you knows about this violation tell me if you get the ticket of violation in Saudi Arabia of this kind with good source.