Archaeologists dig up in Saudi Arabia finds oldest middle finger. In joint Saudi-British project, excavations in Arabian desert uncovers a human bone(middle finger) may be believed to be some 90,000 years old from now. Saudi Commision of Tourism and National Heritage  overseeing a Saudi-British project called Green Arabia for excavation that was started in 2012. This project is started to study the history of climate change in region and it affects on human migration and settlement. 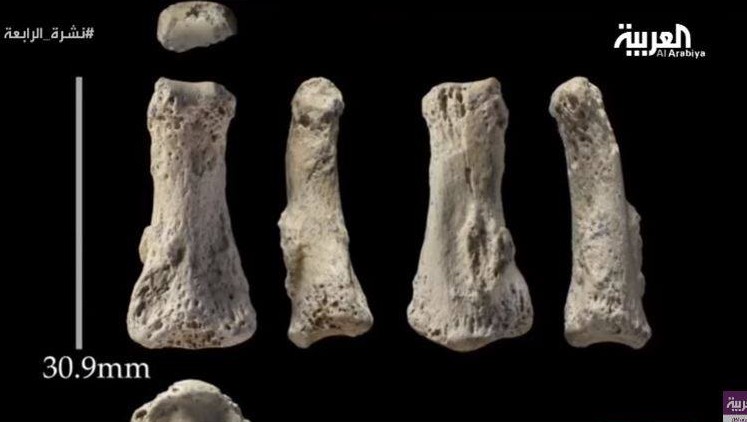 This project find incredible archaeological sites which were dating back to 500,000 years ago. The bone was  discovered during a dig at the Taas al-Ghadha site, close to the northwestern city of Tayma. This settlement dates to around 325,000 years ago. Under the project Green Arabia studies the sites around  Nafud Desert near ancient Lakes.

Previous Post: « No More Expats To Be Hired As Pilots by 2020
Next Post: Jawazat Warned Against False Iqama Fees »