Saudi Official Authorities Announced list of Most Wanted and arrested persons on Sunday 30, 2016. Saudi Authorities. According to Spokesman for the Ministry of Interior Maj. Gen. Mansour Al-Turki Saudi Authorities after strict monitoring of terrorists threats targeting security departments and those dealing with Daesh we were able to identify and protect Saudi Arabia from any terrorist activity in future. 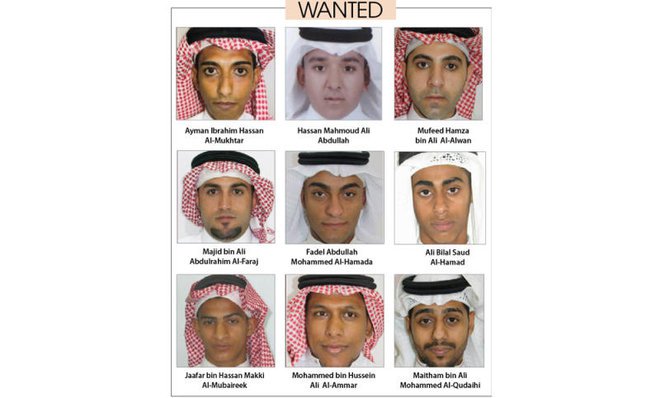 Saudi Security agencies foiled number of terrorist attacks targeting Saudi Provinces this includes  Al-Jawhara Stadium in Jeddah during a football match between the Saudi and UAE national teams on Oct. 11.