Missile fired “in the direction of Mecca,” Saudi Arabia says

Shiite rebels in Yemen would have fired a rocket in the direction of Mecca. The projectile was prematurely intercepted by the Saudi army.

The interception and destruction of the missile took place at about 65 kilometers from Mecca, Saudi Arabia , according to The New York Times . 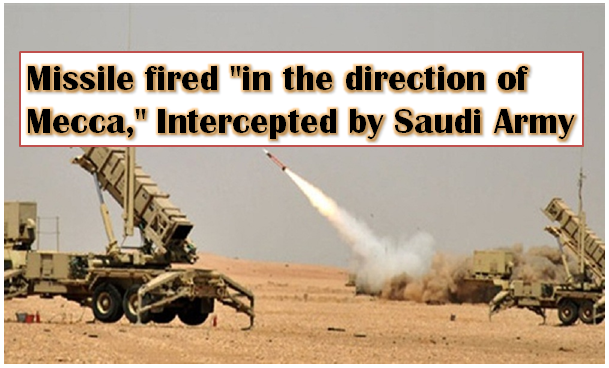 Target would not have been Mecca

The target would not have been the holy city for Muslims, but the international airport of Jeddah, say the rebels themselves in which they controlled TV station Al-Masirah. Mecca is the main city in Islam, and a place where to Muslims at least once in their lifetime, the Hajj must take (pilgrimage).

When Muslims pray, they address anywhere in the world their bodies toward this holy city for them. If the Saudi claim is true, it is the most far-reaching attack by the rebels since the beginning of the civil war in Yemen.

Which broke out in 2014 after the Yemenis had revolted against the regime of Ali Abdullah Saleh. Even Saudi Arabia is as important and powerful neighbor now involved in the war. The country is bombing targets of the Houthis, which are in turn supported by Iran -. But the latest missile attack shows that the Houthis are still able to hit the enemy in the heart. According to the army, the place from which the projectile was fired, in retaliation be attacked immediately.