While other users who after getting aware from friends that the calling feature is working try to use the procedure on their phone but it not works.

Some users make calls which is transferred but it will ends when user in other side click on receive button.

While those who failed to make calls said that it will not work forever.

Users are Tweeting about breaking news: 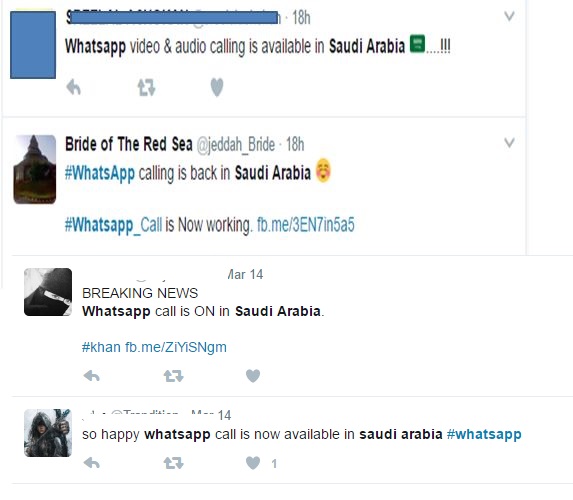 According to report published by Arab News. CITC Communications and Information Technology Commission clarif that we did not give any order to block nor return such feature and we are going through discussion with ISP to resolve the issue.

Whatsapp clarify last year during its announcement of calling feature that it will not available in some countries due to laws and regulations which includes Saudi Arabia Also.