Hyperpanda are the biggest retail stores in the region and sells every household items. Hyperpanda in Saudi Arabia begins Crazy Prices offer in various cities of Riyadh, Jeddah, Dammam etc. Hyperpanda shocked all of its costumers by giving crazy discounts on many of items starting from 29 Nov 2016. The discount is on every items, some items may have less more discount any one can think. 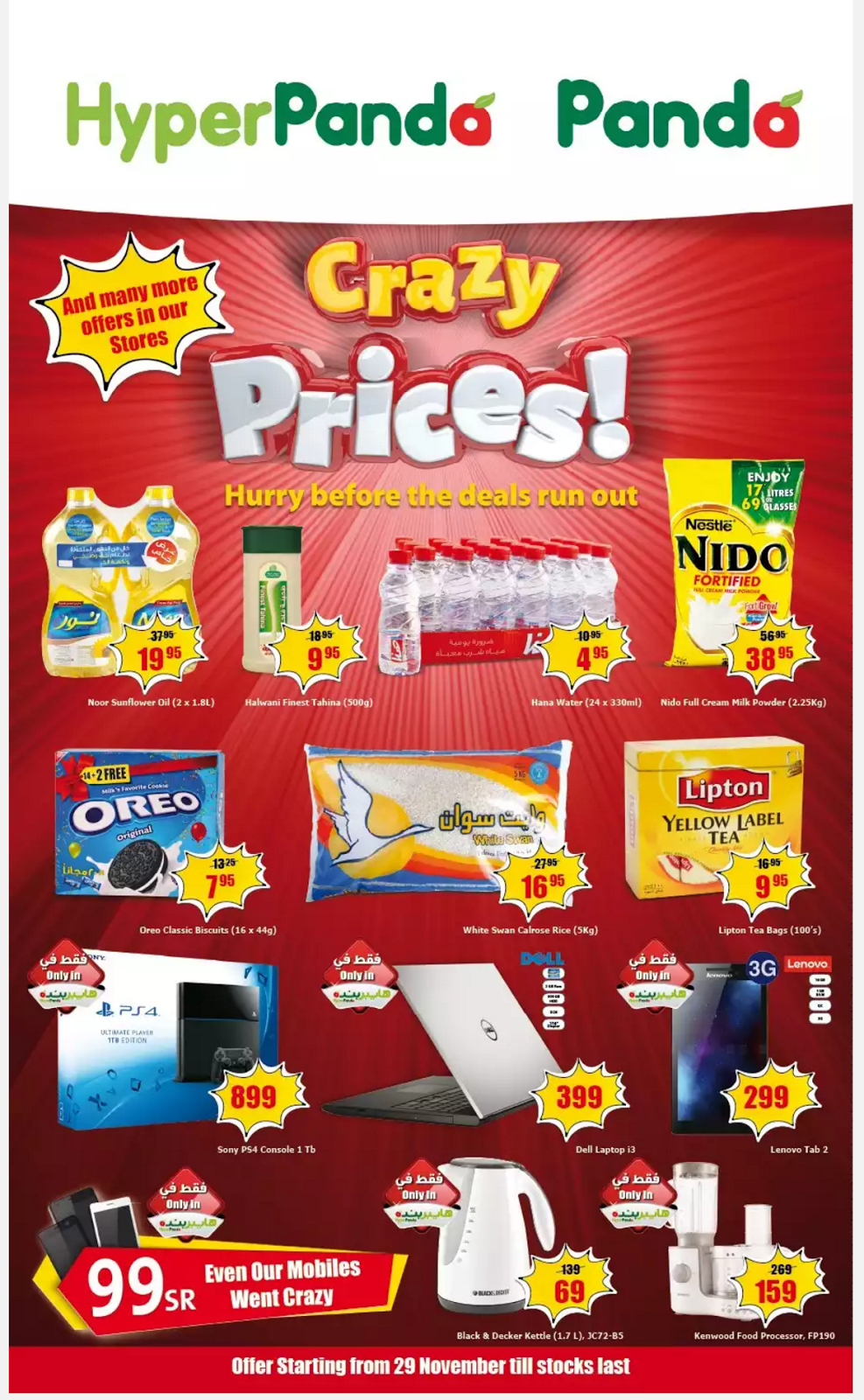 The minimum discount on items is 50% or less but there is up to 90% discount on each item which allows you to save  more and more on less discount items.

The main feature on these discount sale that there is no any ending date. Hyperpanda says that this offer only ended if the stock is ended. Which means until a single item is in store it will be given to customer on discounted rate. There is bulk of items given on Hyperpanda official website having discounted rate.

The promotion is  given on almost ending of the month at this time people have more money to and some employees get their salary before the 1st of next months these employee may get this offer more helpful and must go to hyperpanda as soon as the products are in stockpile.

Previous Post: « No Fine of SR300 for Nose Picking in Saudi Arabia
Next Post: SR 300 Fine for Not Stopping for Disabled Persons »