To speed up the system of laws implementation Government launches reward schemes for common people to caught hidden violators of laws. MOL Saudi Arabia also tells people if any indivitual reports a labor law violations through Ma3an Lil Rasd portal (rasd.ma3an.gov.sa) it will be given with financial reward equal to 10% of Violation fine. 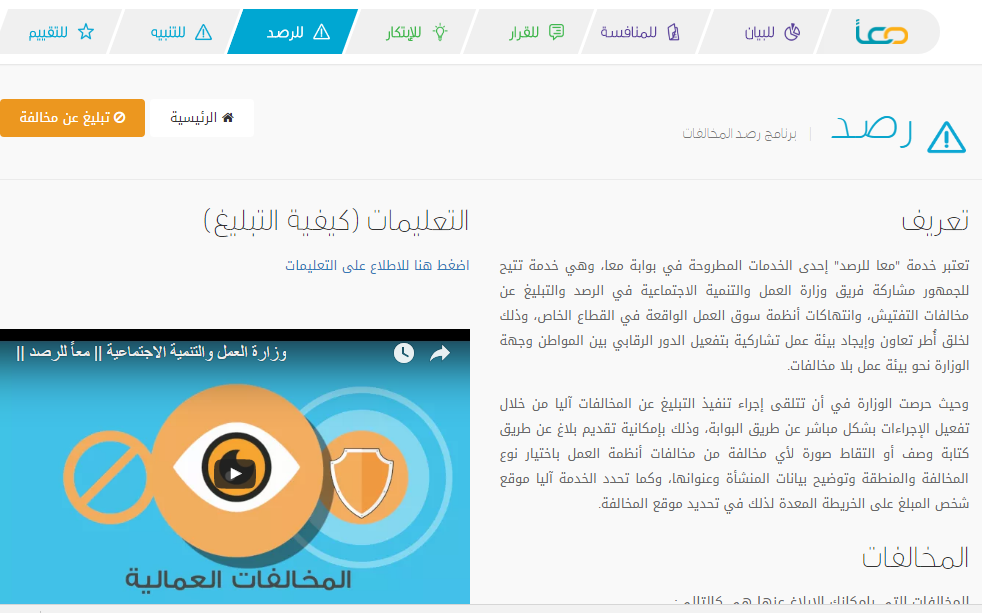 The award is given to appreciate the people as they help inspectors to caught violators and his effort for doing this. The fine is totally given according to guidelines of  ministry.

Both Saudi Citizen and expats can take part in this effort and after reporting violation they get their reward. The violations anyone can report are:

MOL Saudi Arabia trying its best to widely distribute their electronic services through various websites. Giving reward will boost  transparency and accountability with the cooperation of society, spreads the culture of monitoring illegal activity so that common people become a second helping hand for Saudi authorities.

This portal initially allows expats and citizens to report six violations. But this will be increased subsequently.