Pay income tax and invest in self employed business in Saudi Arabia, Government is deciding to allow expats to invest in free trade after paying of 20 percent income tax annually according daily Al-Eqtisadiah.

Tasattur is a popular aspect in Saudi Arabia among expats in which foreign nationalists starts business in the name of Saudi Citizen by paying fees which in result lost in taxes and revenue of billions of riyals, this is practiced due to limited transactions were only for Saudi citizen and tax subsidy.

SaudiGazatte stated that authorities were examining to impose two taxes on expatriates business the first one on  business bank account and second may be on estimated profits. 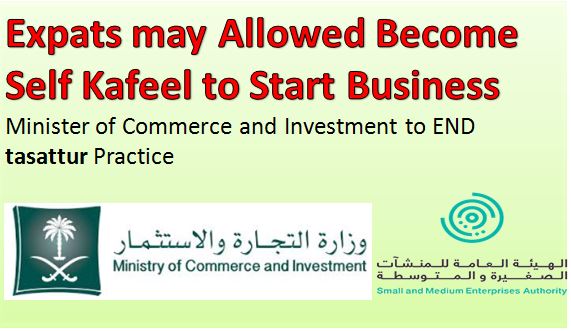 New mechanism and procedure will be defined to enable Saudi Expatriates to become his own sponsor to invest in free trade areas(workshops, catering, contracting and others) within kingdom. This will end the need of Saudi Kafeel for starting trade also called Tasattur to get investor license.

General Authority for Small and Medium Enterprises fully studies the measures for stopping the tasattur. Commercial businesses can be started without need of Saudi Sponsor.

Market sources confirmed that 200,000 cases of tasattur was caches in kingdom from few years and Minister of Commerce in 2016 referred almost 450 cases for investigation.

He said there was complete coordination with the concerned authorities to issue the rules and regulations that would guarantee the rights of the investor whether being Saudi or non-Saudi. “The study will soon see the light,” he added.

Previous Post: « No Penalties for Illegal Expatriates in Amnesty Period
Next Post: US bans large electronic devices on flights From Middle East »