Banking and financial analyst Hussein al-Rakib revealed that the destruction of the previous versions of the Saudi currency will be inside the kingdom starting tomorrow, as soon as they arrive to the Saudi Arabian Monetary Agency (SAMA). According to OKAZ

Al Rakib Also said that the destruction of the previous categories of currency going to happen without registering the serial number; because of the destruction of great quantities. He pointed out that older currency will be vanished from market in five years. The new Saudi Currency mintage will processed outside from Saudi Arabia most probably in Switzerland. 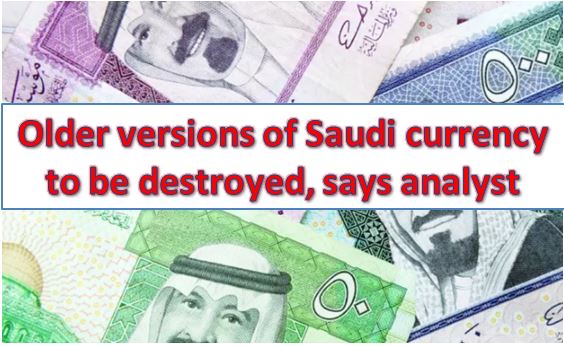 The new currency is not available in Banks  Tomorrow but only available at SAMA branches.

The sixth edition of the Saudi riyal to come, under the slogan confidence and safety,SAMA confirmed that it will not seek the riyal as a paper, but will be limited to the metal rial, with the introduction of 1 riyal metal coin category, in addition to metal form of Halalas.

Categories of single Riyals includes two coins 1 and 2 Riyals having image of king at one side while halalas have image of Saudi Emblem which is Palm Tree.