The previously announced 90 days amnesty scheme is now increased to 120 days after it has bees extended by 30 days according to SPA. The campaign which allows residency and Labor laws violators to leave Kingdom without any kind of huroob jail or fines.

The Amnesty scheme is started from March 29 to give Chance to Labor and Residency violators for leaving Kingdom without facing any kind of fines and huroob.

Originally announced Amnesty scheme of 3 months were already ends on 24th june but extension is given from 25 june from first EID days due to slow interest of people in Ramadan month. Read More: Book Online Appointment for Jawazat in Amnesty Scheme

General Directorate of Passports said that It is GOLDEN CHANCE to leave kingdom respectfully under the  “A Nation Without Violations” campaign. The extension is given to all type of violators and nationalities from last Sunday 25 june.

Now the total grace period of scheme become 180 days. Any expat didn’t need  afraid of getting huroob or fine as this campaign ensures that no one should ban from kingdom entering again.

Many experts consider the amnesty scheme as bonus for violators because those who caught in normal days can face severe restriction to entering again if deport or might face huge fine as well as jail. 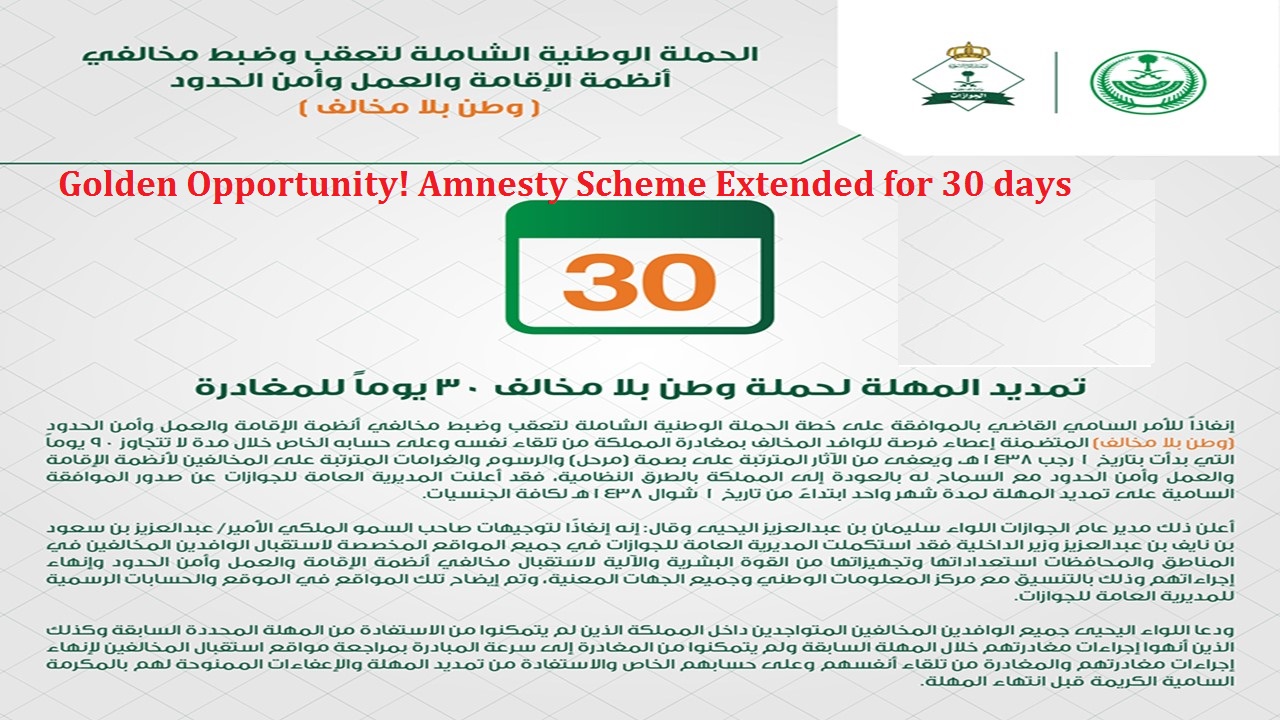