According to Saudi Gazatte, one Source says that MOL Ministry of labor and Social development office documented 41 violations of Saudization laws, these violations occurs in several governates in eastern province. More than that almost 800 telecom service shops and mobiles sellers were shut down that were unable to meet saudization requirements.

During the inspection visits at areas of Hafr Al-Batin, Al-Khobar, Jubail, Abqaiq, Qatif, Al-Ahsa, Ras Tanourah and Dammam, inspectors inspects total of 4,953 establishments from which only 2,023 of mobile shops were running while 1,738 were employed in them. 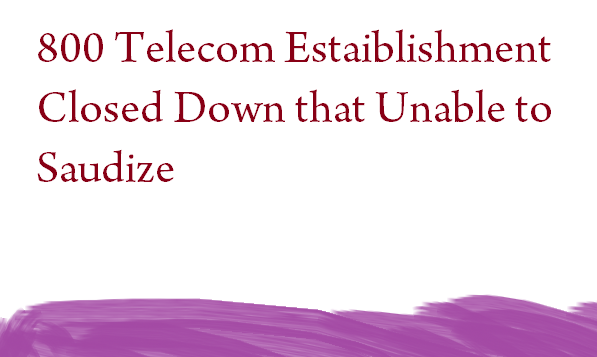 Telecom Saudization program gives more employment oppurtunities to Saudis and make the unemployment rate lower. Howeve it takes some time while there is shortage of mobile repairers as most of expatriates were more skilled in this regard. This led to several telecommunication shops reaching agreements with expatriate technicians who will work from home