Almost 400 Saudi drivers gathered infront of city stadium  to protest against the expatriates taking up their profession. The protest take place in-front of stadium demanding intervention of authorities to resolve issues related Saudization. Protesters wanted to meet competent authorities to end the recession while interviewing with OKAZ. Their point to protest is that due to the storming of expatriate in the job market many expatriates entering in their profession directly or through intermediaries which shows the clear violation of Saudization policy. 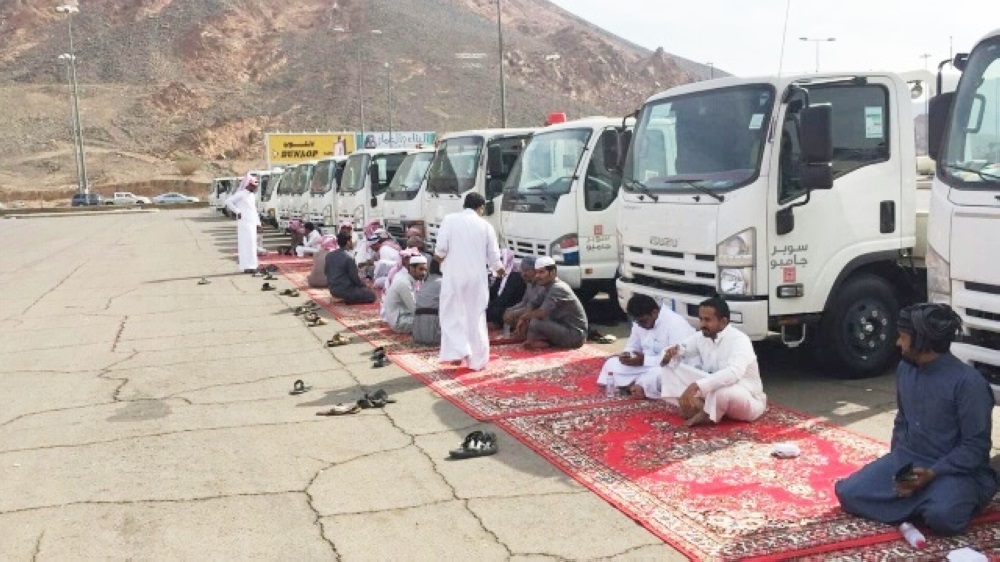 More they said they want a prevention of expatriates from getting their jobs and punishment because the profession is right of Saudis. They said that they want to end this phenomenon, driver stand waiting for customers from morning to evening in blazing sun in order to seek livelihood.

They surprised to see that expatriates from out of the market standing in outskirt are also hunting customers while giving offers and manipulating prizes even those expatriates don’t have driver as a profession clearly violating labour laws.

Also according to them there are more than 300 expatriate official driver were working under contract of companies or employers but rest of them which were high in numbers are just arrivals and they take our customers.

They appealed to the Emirate of Area Abu Ahmed Anzi to intervene quickly and to reduce this bad phenomenon, especially that drivers consider this profession basic job, and they have no other thing to do, and that most of the vehicles they own through premiums, and are obligated to repay indebtedness.
Previous Post: « Saudi Bussinessman Saved the Life of Indian Man
Next Post: Al Shobra Jeddah Garment Shop Head Office Location »