Stranded indian workers of Saad group which were almost 1100 were returning back to their homes after issuance of Exit visa by Saudi Government According to Indian External Affairs Minister.

State Minister VK singh currently in Saudi Arabia to ensure the safest return of stranded workers also make sure that they must be paid by their due salary. He thanks for cooperation of Saudi Arabia government in this regard. 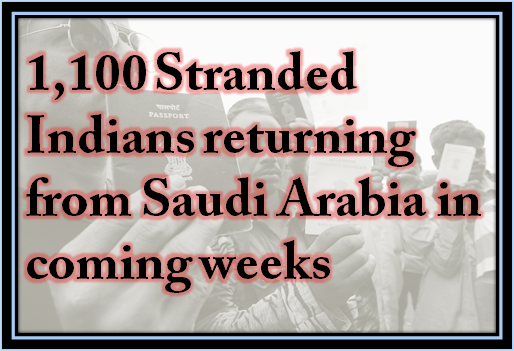 Triggered by Low Oil Prizes Saudi Economy is coming down day by day which affects on national  projects especially construction due to which many south Asian worker become jobless or  the lost their monthly salary.

MoS Singh had made several visits to KSA in last few months to keep contact with jobless Indians and help them as well as to ensure who want to come back.

Indian Government wants from Saudi Authorities to give Exit Visas to Workers with NOC from Sponsors(KAFEEL) Also urged to pay all the due salary of each worker, These workers were not paid from months.

As per official Saudi Labor law no worker can leave KSA without NOC from his employer.