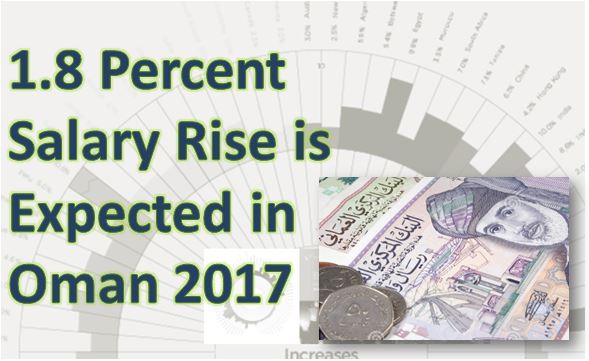 Four percent increase in 2016 is due to adjustment of salaries according to inflation rate and it will now again rise by 1.8 percent. Salaries are adjusted using %Salary rise – Inflation in the Year.

Hay Group Taken this data from 20 Million Job Holders in 25,000 Companies and organization across 110 countries from world

As compare to Oman in UAE only 0.5 rise is expected in next year, in Kuwait and Saudi ARabia 0.8 percent while Bahrain rise in salary is same with Oman. Qatar will perform best in whole GCC with 2.1 percent increase in salary next year.

Since 2014 fall in Oil prices GCC regions suffered alot not only economically but also socially. Recent survey by Monster gives that job posting are declining in GCC, especially from this October.

All GCC countries were always working on some mega projects same in Oman, these projects were now seeing delays due to which many laborers were now left unpaid.

Usually surveys were taken from well reputed companies but most of B grade companies don’t even give allowances to their laborers. All aspects must be taken in account before taking surveys.